Skip to content
Home › A tapestry of rules. Institutions and cloth industries in global comparative perspective, 1750-2000 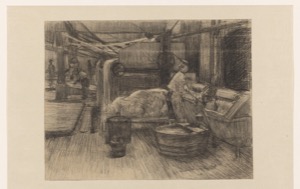 Traditions of textile manufacturing have developed in nearly all parts of the globe. However, the characteristics and development trajectories of these industries have differed markedly over time and across space. The global centre of manufacturing gravity has shifted from East to West and back again over the past three centuries, while in some cases, handicraft industries have persisted, but industrialization has long remained elusive. Scholars have pointed to a number of key explanatory factors that have influenced temporally and geographically divergent industrial developments, including market forces, resource endowments, and institutions (Williamson 2011; Pomeranz 2006; Mokyr 2009). This workshop specifically explores the role of formal and informal institutions – the social, economic, political, and cultural “rules of the game” (North 1990) – in influencing textile manufacturing in different world regions over time, with particular reference to the interlinking relationships between institutions and other explanatory variables.

Institutions affect industrial development on both the micro and macro level. We particularly encourage studies that investigate the hitherto understudied implications of institutional arrangements for decision-making at the level of the household, which supplied both industrial labour and consumer markets and thus influenced the viability and character of domestic textile industries. For example, social, economic, and cultural institutions could influence gender- and age-based divisions of labor, impacting upon industrial labor allocation choices among households. Crucially, such institutions were influenced by and interacted with various local contextual factors (Dixit and van Nederveen Meerkerk 2020). Indeed, scholars have recently argued that relationships between local factor endowments and labor institutions underpinned a labour-intensive path to industrial development in Asia (Austin and Sugihara 2013).

While we highlight relationships between institutions, households, and industry, this does not preclude studies that take a macroeconomic, policy-oriented approach. Scholars have highlighted the intersection of market forces and state policy in spurring British industrialization (O’Brien, Griffiths, and Hunt 1991); others have pointed to institutional rigidity as an eventual cause of industrial decline in Britain (Lazonick and Elbaum, 1984). In colonial contexts, the imposition of colonial institutions could alter markets, resource availability, and pre-colonial institutions, with implications for micro-level social organization and textile industries in the colonies (Nederveen Meerkerk 2017, 2019; Frederick 2020; Parthasarathi 2011). And in the post-colonial era, state policy played a central role in countries that pursued import-substitution industrialization strategies by transforming economic institutions, which, in turn, influenced household-level textile employment opportunities and consumption possibilities.

This workshop encourages temporal and geographic comparisons and welcomes contributions from scholars studying all parts of the globe. If you would like to participate, please send an abstract of 250 words to [email protected] by 19 November 2021.