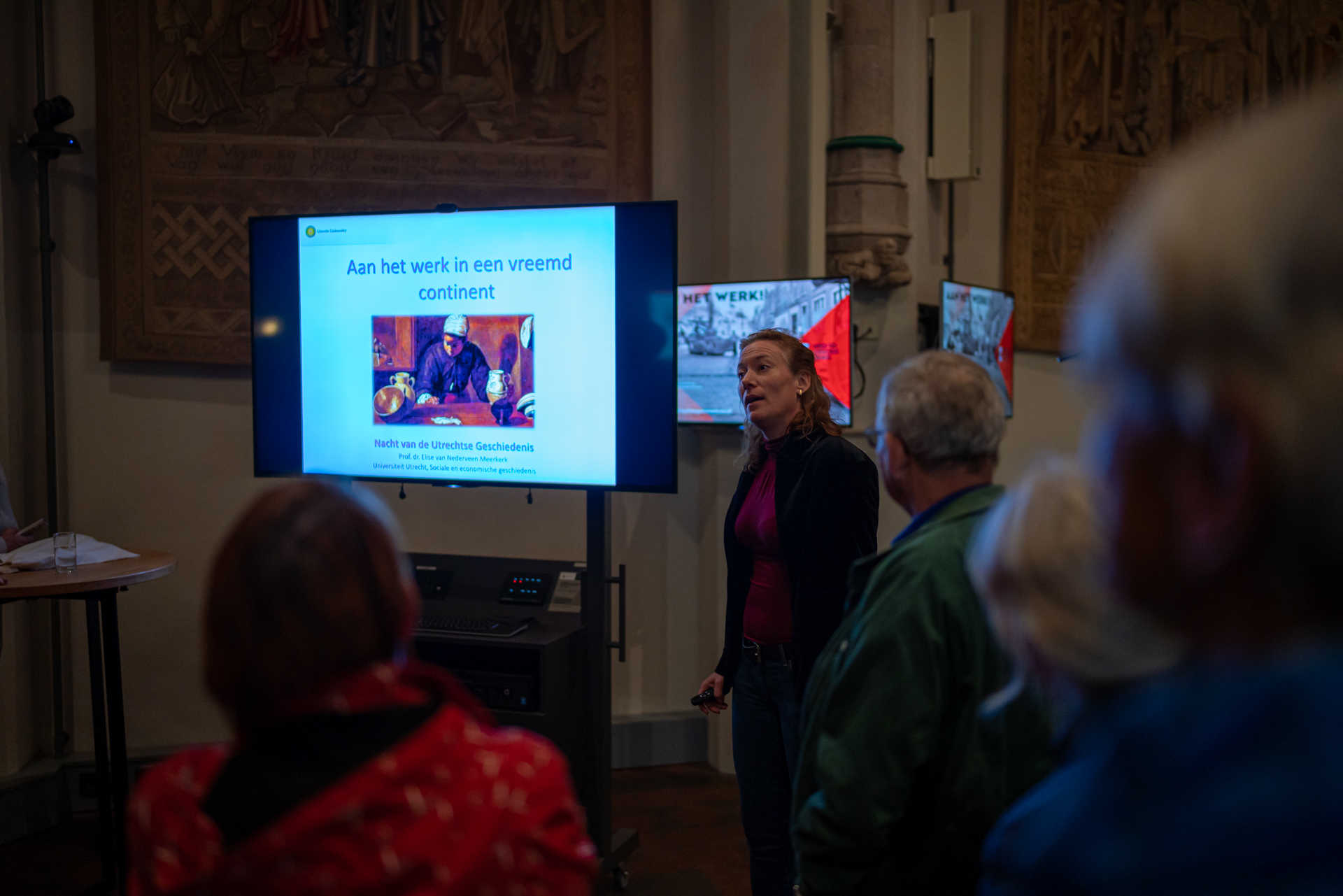 Fortunately, it was possible to attend the 2021 edition of ‘The Night of Utrecht History’ live. There were a few restrictions. The capacity was limited, time slot booking was required and it was mandatory to show a QR code. But that didn’t spoil the fun. Tickets sold out almost immediately. This year’s theme was ‘Work!’.

Participants were divided into small groups. Accompanied by a guide, each group made a tour around the city center of Utrecht, stopping at a few key historical sites.

One of the stops was at the Utrecht University Hall. In the oldest part of the building, known as the Treaty of Utrecht hall of Auditorium, they were received by various scholars. Amongst them, was Elise van Nederveen Meerkerk. She explained what life was like for Indonesian descendants brought to Utrecht to work in the household. Some got paid, but more often they were slaves. By telling their story, Van Nederveen Merkerk gave insight into a history that is rarely discussed by the general public.