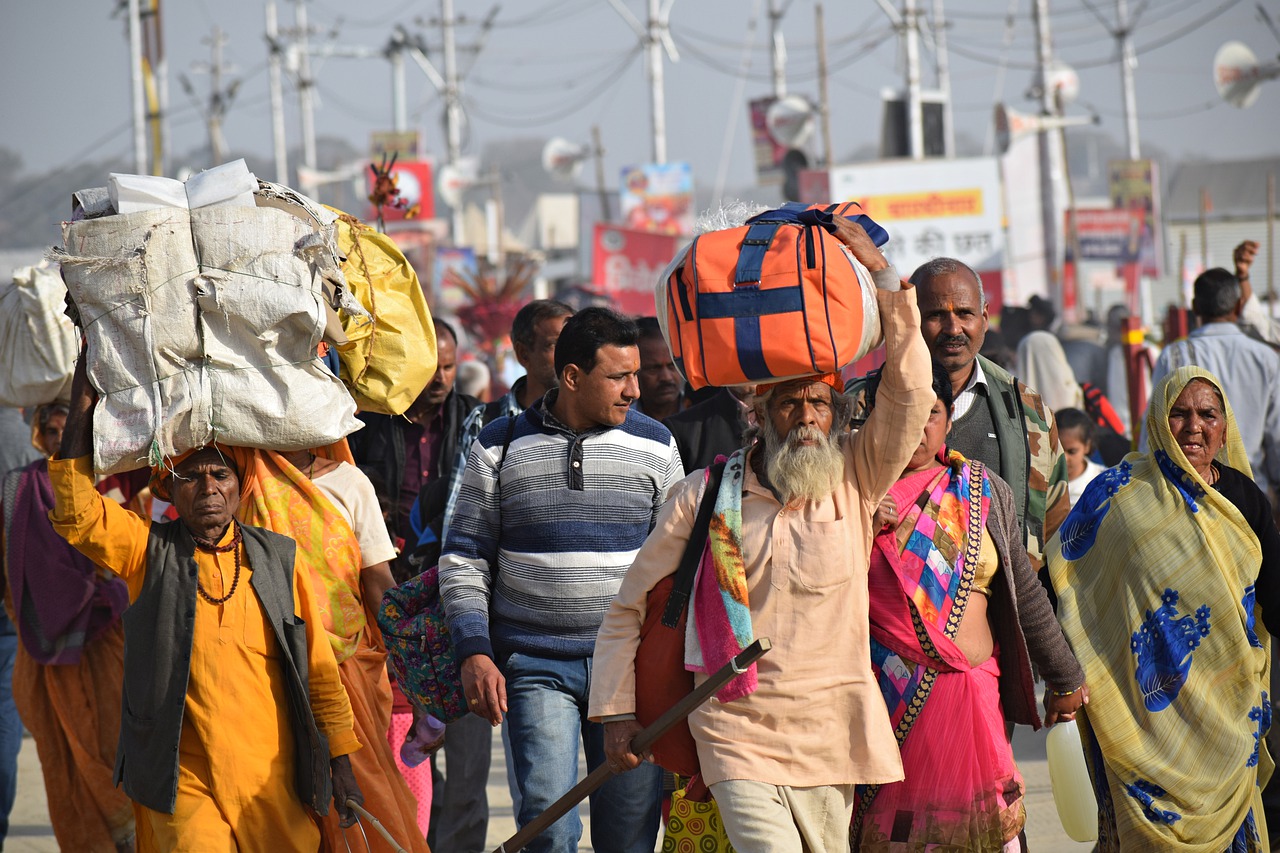 Some images endure; they become symbolic; of a time, event, or of some real or imagined human quality. The enduring image of the COVID19 pandemic in India will not be of masked health-workers; overworked, tired, but ultimately celebrated; it will be of a ceaseless swarm of decrepit workers walking, children in arms or in tow, dragging their meagre possessions, in hope of some benevolent donation of food or water on the way, for hundreds of kilometers on otherwise deserted highways. These images do more than report happenings, they tell a story of migrant workers imbued in their historical development. This note is a reflection of this historicity of the Indian urban worker from the happenings of the pandemic.

The itinerant worker and their centrality to Indian industrial workforce, is not a novel creation of neoliberal capital as many believe, but has its earliest avatar at the very inception of India’s modern urban industry and economy. In fact, it was a unique distinction that the factory labour – particularly those employed in the famed Bombay and Calcutta cotton and jute mills – enjoyed. Many a student of Indian labour history has read through scores of pages on the reports/monographs/articles on the subject describing sentiments best captured in the Report of the Royal Commission of Labour in India 1929 (henceforth RCLI), where Indian industrial workers were “at heart villagers” (12) … “in most cases a man who has taken up definite work in a place which he does not regard as his own … who cherishes the hope of returning to his country now and then and of retiring there ultimately.” (13), and who is “not prompted by the lure of city life or by any great ambition to the city, as such, has no attraction for him and, when he leaves the village, he has seldom an ambition beyond that of securing the necessities of life. Few industrial workers would remain in industry if they could secure sufficient food and clothing in the village” (16) and who is ultimately “pushed, not pulled, to the city” (16).

With much of India rural, today as in the past, the personhood of the worker is thus understood as one which is torn between the compulsive pulls of urban opportunities and resolute bind of their rural moorings. Cast in this mold, the emergent understanding is one where the Indian workers’ love for tradition and the village community is immutable, and, in comparison to the countries where the workers made comparatively a smoother transition into “well-adjusted” industrial workforce, singularly unique.

The rural to urban migration of workers as modern industrial development picks pace is a near universal phenomenon. What makes India special, however, are its workers’ continued oscillations which never quite make their peace with the urban or a clean break with the rural. Historically, evidence shows that a section of the workforce – the casual/temporary variety – returned to the villages not just seasonally – in times of harvest, ceremonies of death, births, and marriages, or in times of sickness, but particularly so in times of generalised distress – migrant streams towards villages swelling and cities emptying out with the bubonic plagues of the late nineteenth and early twentieth century, later (and to a much lesser extent) reported shortages of available labour during the influenzas epidemic. While the plague epidemics were a purely urban phenomenon disproportionately affecting city regions of the congested workers’ quarters; the influenza quickly spread to rural areas, and was not specifically limited or acute in urban areas alone.

This reading of the divided loyalties of Indian labour pervades through historical reports and papers which forms the bulk of the material on which historical writing on the Indian worker has taken shape – even in the few instances where academic reading departs from this understanding. The historical accounts of migratory labour that formed a sizeable proportion of the labour force in colonial industrial cities like Bombay and Calcutta (by measurable accounts atleast a third of the total workforce employed in Bombay cotton mills but likely higher), are built on a narrow set of voices – the disparaging, angry laments of mill-owners, and the more concerned and sympathetic outpourings of the officials, journalists, and in the accounts of the labour leaders. While many have spoken on their behalf, the voices of the workers themselves are conspicuously absent.[1]

As Covid-19 quickly spread around the world, India, as many other countries, overnight went into a complete lockdown. The Indian lockdown was not only the strictest but also particularly badly managed. The government went into a languorous retreat, failing to govern or provide any benefit to the workers, hoping the problem will resolve itself. As economic activity came to a sudden halt, thousands of workers overnight found themselves with no source of income and no means to get back to their families. In this absence, the workers decided to undertake a journey of hundreds of miles on foot in the sordid months of Indian summer. Swaths of men, women, children undertaking a journey of hundreds of miles to their homes will remain the most enduring image of India’s experience with the Covid-19 pandemic. These images elicit angry, vehement, and concerned outpourings, but they have, more importantly, laid bare the machinations of Indian society and its economy and the role that a migrant plays in it. The shock that the Covid-19 pandemic brought in its wake, also provides an insight into the structural reasons for the persistent duality in existence of labour.

The famed footloose labour comprises much of the urban workforce – relegated, literally and figuratively, to its social margins. Most employment even in big urban centers is unprotected, low waged, often in deplorable work conditions. Housing conditions are, if possible, even worse. Nearly 42 per cent of Mumbai’s (erstwhile Bombay) worker population lives in densely populated slums with meagre provisions.[2] The living conditions in these slums today would not be much of an improvement from colonial Bombay.[3] In the event of a loss of income there is little social security. Wages and savings (if any) are hardly sufficient to wade the workers through a prolonged period of unemployment. Quick surveys carried out during the lockdown revealed that in the absence of a more or less continuous stream of income (90 per cent did not even receive the income that was due to them), 70 per cent of the migrant workers worker didn’t have enough rations to last them two days at the time of the survey.[4]

The rural migrant in urban India invariably remains outside the coverage of the myriad and constantly proliferating State social security programmes that target various denominations of the poor and vulnerable. What is available is largely limited to patronage or their own community or familial safety nets. Intermittent employment, State social and employment security programmes, and social and community ties  – the three primary social security nets in India – are more assured in their rural moorings. This absence of social and income security measures in a period of distress was acutely apparent when the Covid-19 measures were announced. A handful of state governments, already under immense pressure trying to manage the situation with rapidly depleting coffers, hastily put together meagre provisions –  food and in some cases buses to ferry the workers back. So when the pandemic exposed the workers to this severe precarity, the workers began their journeys back home to seek sanctuary. The return of the migrants to their rural homes is thus not an outcome of a unique cultural condition that tethers an Indian worker to her village. It is a necessary outcome of the historical precarity that afflicts a section of the workforce.

[3] In fact, it was on the heels of the spread of the bubonic plagues in the last decade of the nineteenth century that the colonial government set up the Bombay City Improvement Trust, which even today gives Mumbai its characteristic feel.